“Dancing is a vital necessity. Like breathing. In her pieces, Nacera Belaza continues her exploration: sculpting the void, giving it a body, making it palpable. “This is not dance, this is a line, a single movement, that of escaping from oneself,” says this self-taught artist born in 1969 in a hamlet near Médéa, Algeria. It is also where she spent her early childhood, before her family moved to Reims in 1973. It is also there that she returns every summer, during the wedding season, where the women’s songs, the sound of the darboukas and the youyous intermingle, during evenings that are lit only by candles. With the freedom she has regained with an extended family, something lost in France, where she lives with her brothers, her sister and her parents. “Some people integrate, dilute themselves; others withdraw, for fear of living in a country without really living there,” says the Franco-Algerian, who never stops digging the furrow between her two homelands. A bridge that is inseparable from her creations and her commitment to transmission and sharing. To speak of Nacera Belaza’s gesture is to return to the memory of her belonging to a land, Algeria, and to an in-between place, a sea, the Mediterranean, in that it is a middle ground, halfway between everything, caught between two shores. As if her dance gesture was on the edges where the there always questions the here, wherever it is,” writes Frédérique Villemur in her book, Nacera Belaza, entre deux rives (Actes Sud). Repetition of gesture, infinite slowness, stretching of time, her choreographies explore something greater, also more minute: the birth of dance. Nacera Belaza has been practising since she was 8 years old. As soon as her parents leave the flat – because she is strictly forbidden to do so – she pushes the furniture and starts dancing. “I used my body to express myself.” Her relationship to music and the body is spontaneous. From then on, it becomes language. Faced with the imprisonment of her double culture – which would later become her best ally – the young dancer spoke through her body. In 1982, she discovered Michael Jackson and the “Billie Jean” video. It was a runaway hit. “I saw someone who embodied the voice and the intimate, it spoke to me, it was familiar to me, it was a language I understood.” The older she grows, the stronger the prohibitions become and the more they close in on her. She is not allowed to go out, nor to dance. She can only go to school. We are in the 1990s, and the hardening of the Saudi Arabian imams is being felt. The noose is tightening, and her desire for freedom is growing stronger. While she was studying modern literature at the University of Reims, literature became a fabulous trigger. Adolf Huxley’s Brave New World showed her the way. There are two ways of exploring the world: either you set out to discover it and travel, or you dive inside yourself. She then understands that she can be free where she is. The journey becomes vertical, and the dance an introspection. Minimalist. Her spiritual quest – she is a Muslim – prevents her from sinking into violence. Until the break-up. At 27, she decides to leave her family, alone. It’s a dizzying experience. And she took off. She created her company in 1989. Her influence is international. In 2015, Nacera Belaza was named Chevalier de l’Ordre des Arts et des Lettres. For the first time, her friends and family are gathered in the same room. “My parents cried. Then my mother told me that I had made them proud. Here, and in Algeria.” A consecration after so many years of struggle. And of resistance.” 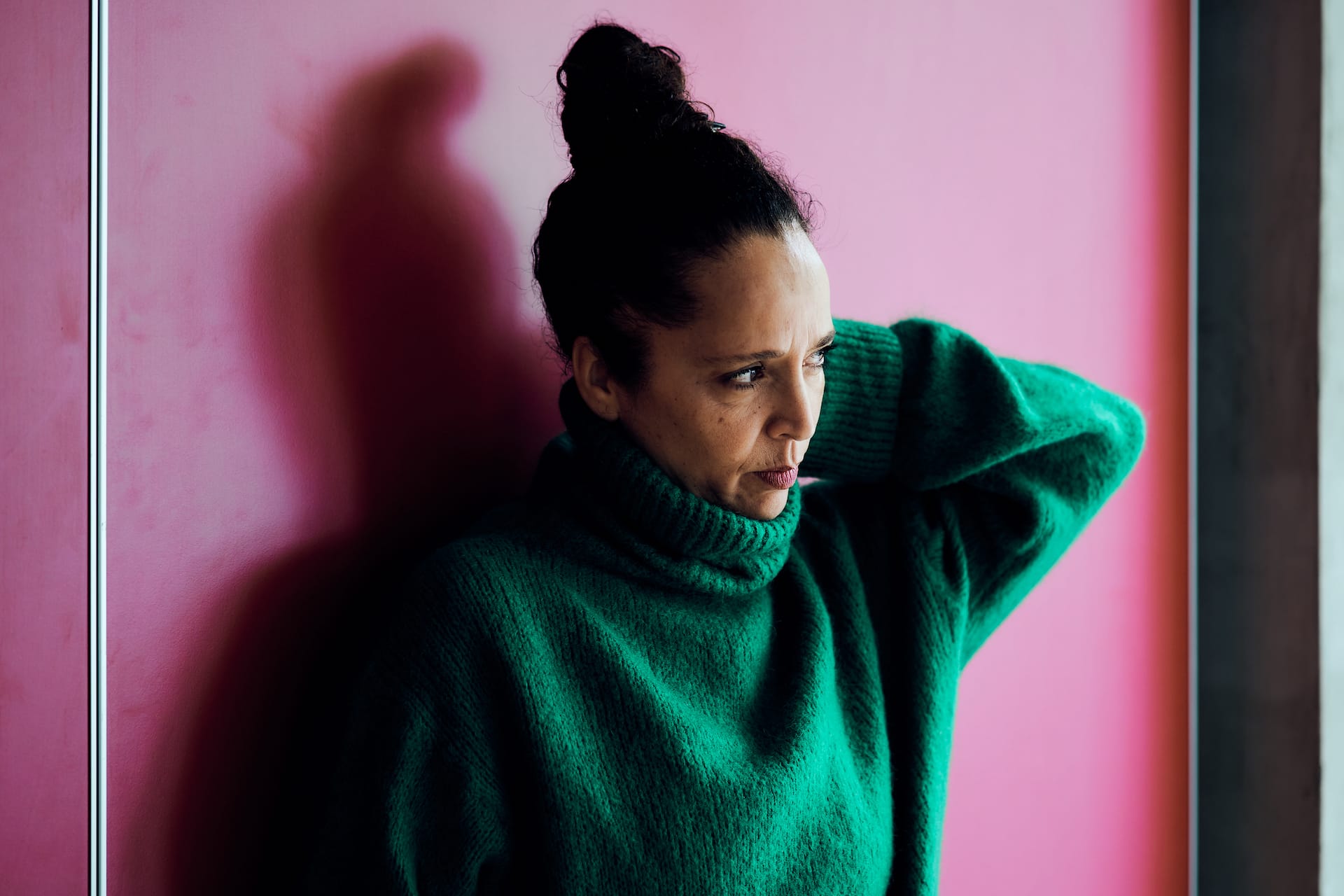 Artist in residence at Collectif 12, Mantes-la-Jolie

Artist in residence at the Forum du Blanc-Mesnil