“[…] deeper and deeper into the darkness so that something will ignite, so that movement will be born.”

“This creation intends to explore a new form of choreographic rewriting, based on dialogue and amplification. Starting from an existing piece and its original motif, projecting them into another dimension: an approach conceived in the manner of a symphonic dialogue, where, on the basis of the “theme and variations” scheme, it is a question of developing all the perspectives of the initial theme, with which new formal proposals enter into resonance. The first formulation gave rise in 2012 to the play Le Cercle : created at the Avignon Festival for two dancers in a short version, it was part of a global programme (entitled Le Trait). This first ‘short’ form was an outline already inspired by a broader vision, whose potential for development imposed itself on me. I would like to develop it into a much larger group piece which will reproduce the purpose of the initial research: that of the body totally subjected to the suggestions and vagaries of the sound – which had allowed a very particular gesture to emerge in which the body was freed from any known mechanical structure. Thus becoming the receptacle of a multiplicity of sounds, it reached a state close to trance. This project will also allow me to further question the creative process. It testifies to the fact that creation often comes down to re-embracing, by revisiting them, certain paths that form the framework of a constantly developing writing. So that evolution is fully conceived as a reinterpretation of the essence of the artistic gesture.“ 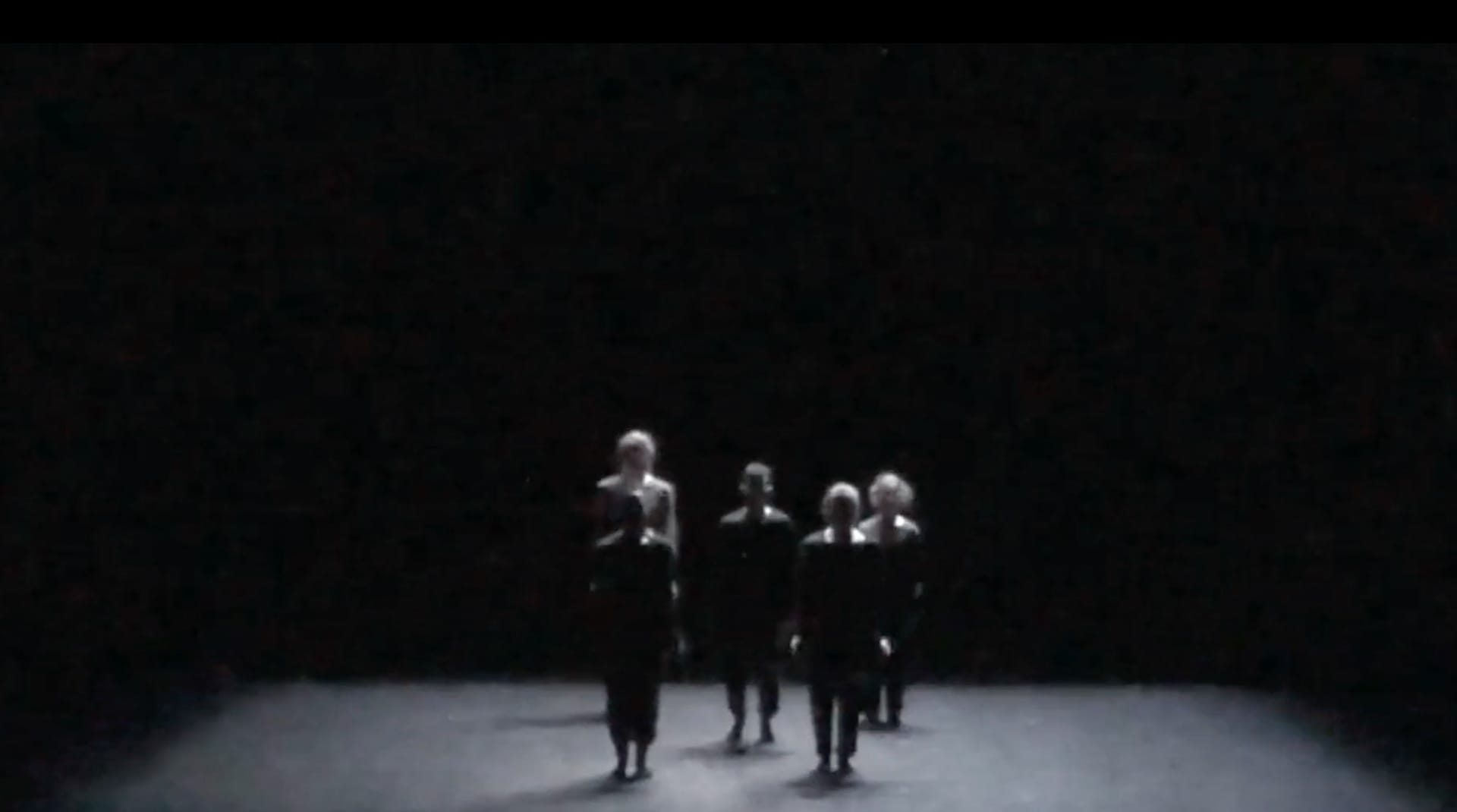